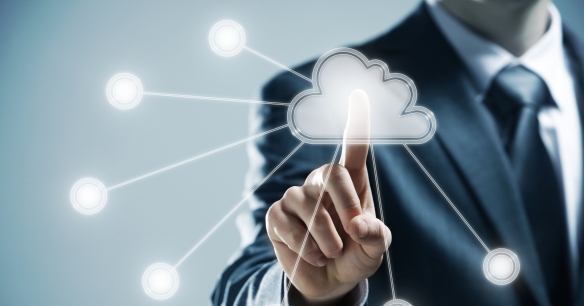 It’s hard to believe cloud computing has been around for more than a decade during which it has matured into a mainstream technology, although enterprises in the region are still to fully leverage its potential.

The cloud has accelerated IT enablement and business innovation, reducing TCO, increasing agility and enabling IT to focus on generating business value. However, while going straight to the cloud is a no-brainer for start-ups, cloud migration is inevitably less than straightforward for well-established enterprises.

The issues enterprises face include: the uneven maturity of cloud solutions; cloud security; integration with legacy applications; evolving regulations in multiple jurisdictions; and a shortage of know-how. To date, leading enterprises in Greater China have pursued a couple of different strategies – which are by no means mutually exclusive – to leverage cloud opportunities.

One is to pursue simplification and “engineered” cost savings by migrating applications to the cloud. While levels of adoption vary, we typically see clients in Greater China looking at a “hybrid cloud architecture” end-state spanning private cloud and public cloud IaaS/Paas/SaaS solutions.

The other strategy has been to pursue business innovation via cloud-driven applications. Many enterprises in the region have created “systems of engagement” – typically including mobile apps – based on pure-cloud solutions. To avoid being slowed down by more stable in-house IT “systems of record” they have kept these applications separate where possible, resulting in the “multi-speed IT” phenomenon.

Both approaches harvest low-hanging fruit without tackling the transformation of legacy systems that support core business functions. Until this is addressed enterprises face diminishing returns on their cloud strategies and will be stymied from establishing truly differentiated new business models that combine valuable existing data, insights and functionality from legacy applications and exploit fast-moving technology developments such as APIs, IoT and Blockchain.

While mulling this challenge, enterprises must contend with the uncertainty of regulatory change and bewildering service provider choice and variation. For example, the monetary authorities in Hong Kong and Singapore are now more accepting of public cloud hosting while China, Indonesia and Korea insist on maintaining data sovereignty. On the service provider front the PaaS industry is at such an early stage that there are countless options and, while IaaS is more mature, there are still plenty of choices.

So how can enterprises extract more cloud value? One very promising avenue, which neatly de-risks regulatory and service provider uncertainty, is application containerization. To put this simply, containers do for applications what virtualization has done for infrastructure. Containers are lightweight and cloud-native by nature, so can easily be moved between on-premises systems and cloud platforms.

Application developers are using containerization to break down monolithic applications into discrete business-aligned “microservices”. For instance, an application with billing and credit-check functionality can be broken up into two microservices, which are more robust and resilient. During a large month-end run, the billing microservice can scale out independently from credit-check without restarting the entire application. This architecture also allows the billing and credit teams to develop software at their own pace.

While there’s been much recent work in this area – notably around standardization – the container concept is by no means new and has been proven at truly industrial scale by the likes of Google ad Facebook. Enterprise adoption – for instance AT&T’s microservices transformation in collaboration with IBM – is more recent but fast-moving.

In a six-month project with a Hong Kong public sector client we were able to completely re-architect one of its core application to run in containers. Among the benefits, the client has been able to reduce its upgrade window from seven hours to one and is now positioned to increase its pace of innovation, with the go-ahead being given to containerize more legacy apps.

Particularly in China, we’re working with highly-competitive Internet, telecommunications and financial-services companies of such scale that building private clouds and innovating on microservices architecture is picking up momentum. Yet enterprise microservice deployments are still at an early stage and one of the key issues is that, by nature, microservices architecture breaks applications into business domains. If software development is not aligned to this then enterprises will find managing microservices applications increasingly difficult as they hit development pipeline bottlenecks.

In competitive and fast-changing industries, the enterprises that enjoy the greatest success in exploiting microservices to drive rapid innovation will also be the ones most adept at re-inventing their operations and culture to align to DevOps best practices. And, as always when sailing into new waters, it pays to have an experienced navigator on board. IBM has the rich experience to help customers on this journey. 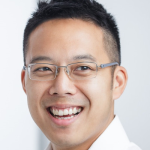